Anne Williams-Isom is the Chief Executive Officer for the Harlem Children’s Zone®, before which she served for five years as HCZ’s Chief Operating Officer. As COO, she oversaw all programs in HCZ’s cradle-through-college pipeline, including Promise Academy I and II, led HCZ’s more than 2,000 staff, and strengthened the organization’s use of data to improve services and outcomes for our 28,000 children and families. She also took the reins in restructuring HCZ’s College Success Office and developing innovative strategies to support our college students individually and at scale. She took over the position of CEO in July 2014.

Prior to joining HCZ, Ms. Williams-Isom worked in leadership at New York City’s Administration for Children’s Services (ACS) for 13 years, concluding her tenure as Deputy Commissioner of the Division of Community and Government Affairs. While at ACS, she instituted and oversaw the implementation of a number of innovative initiatives, including the first ever ACS Leadership Academy for Child Protection, a program designed to help the 160 ACS Child Protective Managers lead the 3,800 frontline staff responsible for investigating the 55,000 reports of child abuse and neglect each year. In addition, during the creation of the original HCZ Project in the 1990s, Ms. Williams-Isom provided HCZ’s former CEO and now President, Geoffrey Canada, with strategic counsel on integrating preventive services into HCZ’s neighborhood-based network of programs.

Ms. Williams-Isom found her calling to help improve the lives of vulnerable children and families when she was still a child herself. Growing up with a single mother in Queens, she witnessed firsthand the many challenges confronting kids in struggling communities. But it was always clear that, with the right support and opportunities—above all, education and a lot of love—all kids have the potential to do extraordinary things.

Ms. Williams-Isom earned a bachelor’s degree in political science and psychology from Fordham University. Soon after, she began working in Community Affairs for the New York Police Department in Brooklyn. While working in Brooklyn at the height of community policing in the 1980s fueled her commitment to social justice, it was during her time as a student at Columbia Law School that she fully discovered her passion for advocacy work and came to appreciate the critical role played by communities in finding lasting solutions to social problems. After receiving her J.D., she practiced law for five years at two of New York’s most prestigious firms before joining ACS.

Ms. Williams-Isom served on the Advisory Council of the My Brother’s Keeper Alliance, inspired by President Obama’s My Brother’s Keeper initiative. In January 2016, she was appointed by New York City Mayor Bill de Blasio to his Children’s Cabinet Advisory Board and selected to be a member of the spring 2016 cohort of the Aspen-Pahara Education Fellows Program. She is also on the board of directors of Child Trends, a nonprofit research organization; the advisory group for Columbia Entrepreneurship, Innovation and Design; the board of trustees of the Central Park Conservancy; and the board of trustees of the Collegiate School. She is the recipient of a Public Interest Achievement Award from the Public Interest Law Foundation at Columbia Law School (2015) and an Annie E. Casey Foundation Children and Families Fellowship (2007-2008). Routinely sought after for her expert guidance on child welfare and community development, Ms. Williams-Isom has been featured in The New York Times, Barron’s, Crain’s New York, The Chronicle of Philanthropy, and Essence, as well as on WABC’s Here and Now and CUNY-TV’s Black America.

Leading the Charge at the 2015 HCZ Peace March

Sharing a Laugh at Our P.S. 133 Afterschool Program

Taking a Break with HCZ Students at Our Annual Summer Games 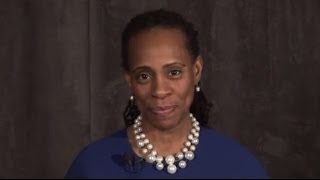 Catching Up with HCZ College Students during Thanksgiving Break 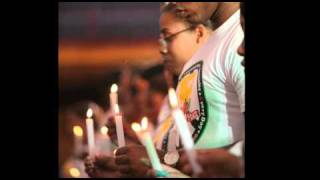 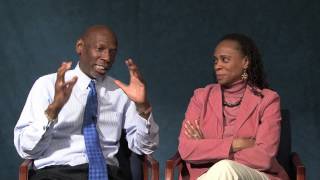 HCZ's Next Chapter - The Best Is Yet To Come

In The Zone Posts